TOUCH NOT MY ANOINTED! 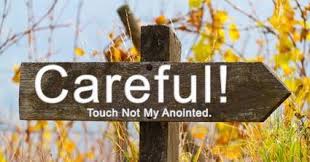 “Saying, Touch not mine anointed, and do my prophets no harm.” – Psalm 105:15, KJV I bet you have heard this short sentence too many times it sounds cliché now. I bet you have heard it quoted numerously by pastors and church members alike. I bet you have heard it quoted by church members in defence of their Pastors when a controversial issue crops up, or when the people at the centre of discussion are church leaders. And I bet you did not know that this verse was in Psalm 105 (oh I can bet my salary lots of people do not know where it is in the Bible). The whole of Psalm 105 details the history of Israel, the people set apart (or chosen) by God. It recounts how God kept the promise he made to Abraham, Isaac and Jacob about giving them the land of Canaan; “Saying, Unto thee will I give the land of Canaan, the lot of your inheritance” (Psalm 105:11). Verses 12 to 14 recount how as a small group (ostensibly in the days of Abraham), they moved from place to place. Indeed verse 14 r
6 comments
Read more 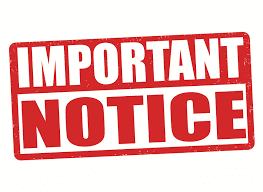 “Notwithstanding in this rejoice not, that the spirits are subject unto you; but rather rejoice, because your names are written in heaven .” - Luke‬ ‭10:20‬ ‭KJV‬‬‬‬‬‬‬‬‬‬‬‬‬‬‬‬‬‬‬‬‬‬‬‬‬‬‬‬ Last week, a friend and I went through the Weekly Bible Lesson book for Methodists. The topic focused on Jesus sending out the 72 other disciples to go and preach. When those 72 came back, they reported “Lord, even the devils are subject unto us through thy name!” Jesus replied and told them to be happy rather because their names were written in heaven.  This year the world was hit with the Coronavirus Disease (COVID-19). Ghana got its share of the infections beginning March this year (some think we got our infections earlier). In order to stem the tide of infections and “flatten the curve”, social and religious gatherings were banned. Some companies asked their staff to work from home and finally the state instituted a partial lockdown of the Greater Accra and Greater Kumasi Metropolit
Post a Comment
Read more

CIRCLE TIPTOE LANE: A SOAP OR A PHONE 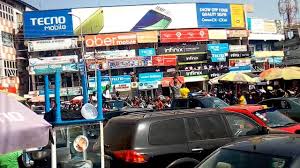 Two men walk to the Kwame Nkrumah Circle, Tiptoe Lane Area, to buy mobile phones. Both buy phones wrapped in brightly coloured polythene bags and walk home jolly. One unwraps his polythene bag and takes out a beautiful new smartphone in a box. The other opens his polythene and takes out the contents, his jaw dropping in surprise because he got a bar of soap instead of a smartphone in a box. His surprise is even more amplified because he thinks to himself “ how did the other man get a smartphone whilst I got a bar of soap even though we both bought from the same area? ” Lots of people have bought soap instead of smartphones at the Tiptoe Lane area. Yet others have bought very good smartphones from this same Tiptoe Lane. There’s a morbid concern about love relationships and marriage these days among young people. The concern has been accentuated by social media pages and groups where people share their stories both good and bad. In sharing these stories on the good-bad sca
Post a Comment
Read more

OF GYMS AND MARRIED WOMEN 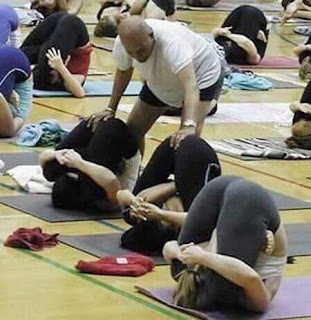 How does anyone pay about GHC 1,500 a year for membership of a gym? I mean gyms are attractive: bright lights, loud hip hop music, enthusiastic sweat-glistened patrons clad in attractive sportswear (you should see the young ladies, damn I wish I was young again) . But GHC 1,500? C'mon maen. I'm not the only one who has found gyms attractive. Loads of people do, and they are trooping to gyms to shape up, among these are married women who feel the need to get their shapes back after childbirth or a close shave with a shapey sidechick. To most of these women getting a figure 8 makes them sexy enough to keep their husbands. All this is good, but dark stories are emanating from the bright gymnasiums ( that's the full term for "gym", but you know that right? ). Stories of steamy sex involving the married women and male gym patrons after the vigorous exercises. No, I'm not talking about rape, but consensual sex between the married women and male gym patro
10 comments
Read more 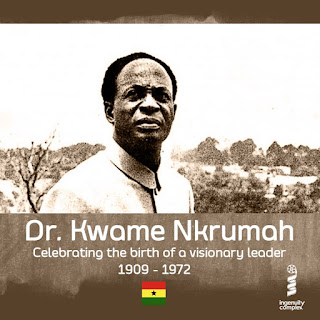 Many many years ago today, a star was born. A boy, the mere mention of whose name brought joyto locals, and got foreigners wondering in amazement.  The mention of this star's name created juxtapositional emotions of love and hatred, hope and disillusion, and strength and weakness among both locals and foreign powers. He was loved, and he was hated. He brought hope to many and disillusionment to the greedy few. He represented the strength of the colony and personified the weaknesses of the elite.  His name and legacy has been assaulted innumerable times, but whether in life or in death, the poor boy from Nkroful has surmounted it all. Though his body has died, his name still lives, his ideological blueprints still live, and most importantly he's still more highly regarded and remembered than all his awfully shortsighted elite contemporaries.  Nkroful's Star, sleep soundly.  Achimota's Pride, rest well.  Ghana's only Showboy, rest in peace.
Post a Comment
Read more 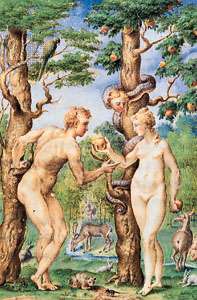 Our Father who art in Heaven, Good evening. I sit in this air-conditioned room in my hotel naked as the day you brought me unto this earth. Father I write this letter to you because I am quite curious about a question that my friend Estelle posed on Facebook. Well, since you know all things, I want to pose it to you so you can tell me the answer. I promise it will not be too difficult a question for you to answer. The question, simply, is “Where was Adam when the serpent came to tempt Eve”? Now let me go and refer to my Bible so I can make my case with all confidence. I’m back. The Bible made me know that the serpent questioned Eve, and Eve answered as she knew how. The Bible again makes me know that Eve ate the fruit, and gave some to her husband “….who was with her, and he ate it” (Genesis 2:6, NIV). Adam was not there when the devil came to tempt Eve and God I beg to ask, where was that nigga? When Estelle posed this question, I answered that because the nigga was a
Post a Comment
Read more

LETTER TO MY MUM 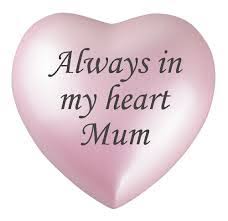 Dear Grace, First of all, thank you for holding the fort whilst we (your children and husband) were away working, schooling or travelling. On 7th July 2017, you were not in the fort when we rushed in. You had fought your life’s battle and it was ended. Only your two framed pictures in the hall reminded me of you. I could only glimpse your lifeless body the next day. I was sad, I almost cried. You have only left me with memories.  I remember a lot of things you did with us. You were our teacher, I remember the multiplication tables David and I had to learn. You were my confidante, you knew all my female friends. You could almost put a face to all their names. You were a defiant fighter too, those who crossed you saw that too well. You gave me a template of how a wife should be and I remember praying to God asking for a woman like you for a wife. I remember how you once stood behind the door shouting “Kojo oye, kojo oye” (Kojo, it is ok) when my dad was lashing David and I for misb
6 comments
Read more
More posts